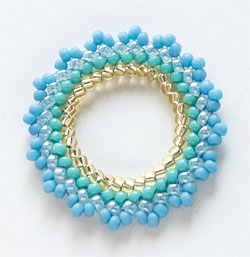 The circular version was developed from a four-column-wide strip of the flat version. On the outermost column of it, alternately pick up one bead and two beads. This will make the strip curve into a circle.

The article about the circular and tubular versions of Plaited Herringbone Stith and the Pastel Flower Necklace appeared in Bead & Button magazine (February 2003, issue #53). 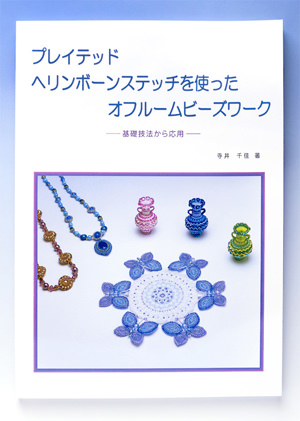 In April 2012, I published a book about plaited herringbone stitch, which is written in Japanese as shown in the above photo. I have been receiving many inquiries about projects using the stitch lately. For that reason, I made a tutorial in English to explain the basic techniques of the stitch from the book. See below. 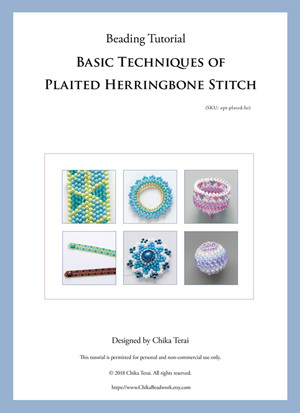